〈１〉◆ INTRODUCTION “ He who knows but one knows none. ”

Firstly, has three characters HIRAGANA, KATAKANA and KANJI, and they use them mixing. In addition, writing sometimes vertically at another time horizontally, maybe one of the most complicated language in the world.

Secondly, the direction of Japanese sentence and of the european language are  almost opposite,
especially spanish language which is latin, is completely opposite except subjects.

In Japanese it’s placed always strange particles behind the subject or object of the sentence, besides
the adjective change to the past and the negative, what is more there are many way to count the things,
and they have to change the manner of speaking toward his friend and toward one’s senior, there are
many more factors.


Just said Max Muller who was german philosopher, we would be able to understand Japanese
language only comparing with another languages especially Europeans.

I have been teaching Japanese more than 15 years in Barcelona, and I have been taught many things
by our pupils, or I received a lot of questions. “Why ?”“But for what ?” They ask me every thing,
and each time I thought sweating.  Yes, I did’t know Japanese language even if I am Japanese.

I have been considered many time about what I didn’t know. However it have created many more
doubt one after another, then I was fully realized the depths of Japanese language. Can you explain
your mother language logically ?

As it were, this blog was born from that kind of anguish. This is quite a superficial writing, but I hope
to useful to the people who want to enjoy the wonder world of Japanese. 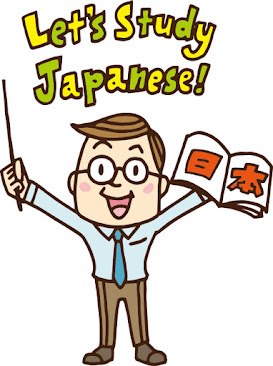 The one who want to learn Japanese,

or, The one who want to teach Japanese for foreigners,

Please, have a good time with the quite difference and the wonder of this language. And please
imagine why begun that difference. I’m sure it would be a short way to understand Japanese history,
and to become fluent in this language not only for the foreigners but also for the Japanese peoples
to learn foreign language.

So, without much ado, now let’s challenge to Japanese mystery !!


Looking forward to the next time !

part 1. Order of the sentence is completely reversed ?