Last time, we looked at the secrets of the birth of

In this article, we'll examine the usage of this expression one by one.

For example, "Naze anata wa honya ni ikimasuka? (Why do you go to the bookstore?)

"Nazenara nihongo no hon wo kau karadesu. (Because I buy books in Japanese.)"

If the reason for "kara" is a verb "kau (buy)," the infinitive form of the verb is used here as it is. Of course, you can also use the past tense "katta (bought)", the negative form "kawanai (not buy)", or the negative past tense "kawanakatta (did not buy). Connect directly to "kara".

Keep this in mind !

(2) When the reason (excuse) is  an original adjective

For example, "Naze anata wa ramen wo tabemasuka? (Why do you eat ramen?)

Also, as with verbs, the formal form of the original adjective, "oishii desu" is generally not used here. Always use informal forms in the middle of your sentences!

For example, "Naze anata wa chuugokugo wo hanashimasenka? (Why don't you speak Chinese?)"

This time, the reason for the previous sentence is the noun "nihonjin (Japanese)". Unfortunately, this time you can't connect the noun directly to "kara". "Nazenara watashi wa nihonjin karadesu" is completely wrong. Yes, you need to insert "da" between "nihonjin" and "kara" like, ""Nazenara watashiha nihonjin dakaradesu." Why is that?

You already know what I'm talking about. Yes, that's right, a noun always needs a be-verb. So here we have one of the be-verbs "da (is)", "datta (was)", "dewanai (is not)", "dewanakatta (was not)". All informal forms, of course.

(4) When the reason (excuse) is  a copy adjective

For example, "Naze anata wa sakura ga suki desuka? (Why do you like cherry blossoms?)"

So what if the reason for the preceding sentence is the copy adjective "kirei (beautiful)"? As we've already talked about, copy adjectives are adjectival versions of nouns. Therefore, as with nouns, you must always add a be-verb."Nazenara kirei karadesu", is an incorrect answer on the Japanese test. And again, the be-verbs should be in the informal form.

Did you see that?

This is the "best-kept secret" in Japanese!

I mentioned before that copy adjectives, which are adjectivalized from nouns, are nominative, but on the other hand, original adjectives can be considered almost verb-like, as they have similar variant form as verbs. So there are two different groups.

Remember these two groups in a variety of situations, not just "Nazenara...karadesu". Once you have mastered these two types of phrases, you will be able to speak Japanese freely and effortlessly in the correct sentence structure. 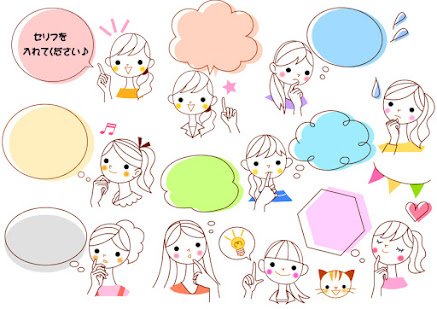 ...and so on. There are various ways. In (A) and (B), you can keep "desu" with more formal phrases and leave out "desu" in slightly more informal ways in both questions and answers.

In addition, you can also use "toiunowa..." or "toiunomo..." to mean "for that reason", after you have stated the result, instead of answering the question. Of course, you should add "...karadesu" at the end of the sentence.

The Japanese language has a wide variety of expressions.

Yes, the Japanese are a people who enjoy a little bit of difference.

I hope you enjoy practicing at that breadth of base!