“Why did you want to learn Japanese language ? ”

On the first day of Japanese class, I often ask my students this question.

Of course, most of the time I ask them in Spanish instead of English, but the structure of the sentences in English, Spanish and Japanese is almost the same. (Of course, in Japanese, the verb comes last...)  Then the students respond in variety of ways, such as

(Most of them are motivated by "Manga" or "Anime"!)

Now, have you noticed something?

The answering phrase to the question "Naze (why)?" in Japanese, "Nazenara ...karadesu (It is because ...)" sounds a bit strange. It's a sandwich style, in which you insert your reasoning into the "..." part, and sandwich the two sides with the words "Nazenara" and "karadesu". It's a somewhat unusual style, don't you think?

So let's get a little closer to that mystery!

Just before the Japanese class starts (sometimes after it had already started!),  you get a phone call. 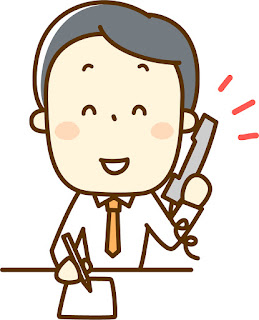 " Hello, I won't be able to go to class today, because I've caught a cold."

That's right, in Spain and other European countries, when you explain something, it's normal to give a conclusion (you'll be absent from class) and then give a reason or an excuse (you have a cold), using "because" etc...  Even if they don't ask "Why?", you usually state your conclusions first and explain why later.

But what if you get a call from a Japanese student in your class.

I'm exaggerating a bit, but I think this is how most Japanese explain it. It seems that older people, and more formal situations, tend to conclude things last. This is probably based on our unique Japanese sensitivity.

Imagine, for example, an international conference where the heads of state and government from all over the world come together and express their opinions and positions one after another. The languages are English, German, French, Spanish, Chinese and Japanese,etc. Simultaneous interpreters will translate them into their respective languages in real time and relay them through earphones to the attendees. 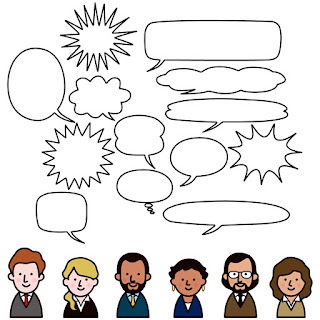 But when translating into Japanese, the interpreters have to remember the first sentence, translate the reason, and then add a conclusion, and the translation of Japanese into other languages is just as hard.

If the sentences are short, that may be possible, but if the speeches are long, the simultaneous interpreters will have a tough time catching up with them, no matter how fast they speak.

That's why the Japanese have created sentences in the same order as in foreign languages (conclusion→reason)!

If you think about it, it makes sense that the "sandwich method" was invented, in which a reason is inserted between "Nazenara" and "karadesu". It's quite easy to understand that you're expressing a reason or an excuse for the preceding sentence by adding "kara" from "...kara..." at last (lol).

For example, you can easily rephrase a sentence like "Watashi wa nihonjin wa yasashii to omoimasu (I think Japanese people are kind)" to "Watashi wa omoundesu. 'Nihonjin wa yasashii' to ne."  This is another example of the "sandwich method," in which an additional "to" is inserted at the end to indicate that this is the person's opinion. (And in this sentence, he even subverts the Japanese principle of putting the verb at the end.)

How crafty the Japanese are!

And what a flexible language the Japanese is!