This is the last part of chapter 3 ”The ultimate surprise, double negative !?“, and we will start a new chapter in the next part. Thank you very much for your patience up to this point. The new Chapter 4 will be the long-awaited advanced chapter "How to construct sentences". By all means enjoy it!

In this final part of Chapter 3, we will talk about the amazing "ultimate double negative". 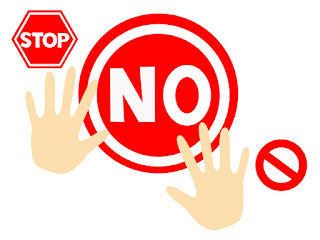 Double negatives are, of course, also found in Western languages.

For example, if you say "There was nobody who didn't eat ramen" in English, in Japanese it would be “ra-men wo tabenakatta hito wa daremo inakatta”, which in the end means "Everyone ate ramen(minna ga ra-men wo tabeta)”. So if you negate a negative, it logically becomes an affirmative.

A little research shows that the English language has historically been divided between those who have denied (?) the double negative and those who have affirmed it, and there is still a great deal of confusion.

In fact, the phrase "I don't know nothing" can be taken as either "It's not that I don't know anything" or the opposite "I know nothing", and even Westerners, who think logically about everything, seem to struggle with the diversity of word meanings.

Of course, these double negatives are also numerous in Japanese. No, rather, in Japanese it seems that they have enjoyed the differences and actively incorporated them into their conversations and sentences. In the two sentences mentioned above, "Everyone ate ramen" and "There was nobody who didn't eat ramen", many Japanese people probably perceive these two sentences in fundamentally different nuances. There, sensory communication may be established beyond the logic that the negation of a negation is an affirmation.

But what I am going to talk about is something else.

It's the ultimate surprise double negative!

The secret lies in the negative forms of verbs and adjectives. The Japanese language has no equivalent of the Western words "no" or "not".  So in their place, the adjective (but now behaves like a verb?) "nai(ない)", meaning "does not exist", is added to the end of words.

How do you connect "nai" to "nai" ? Yes, you need to change the first adjective "nai" to the adjectival verb "naku”. So, "naku nai (なくない)" is the correct answer!

Haha, try translating this into English!  A direct translation will probably be next to impossible. Incidentally, the online translation was ”No, it's not delicious!", which means exactly the opposite (laughs). If we dare to put it into English, would it be better to say "No, it does not mean that it is not tasty!”, is that okay?  Sorry, I am not good at English.

The Western word "no" or "not" may not be followed by a further "no" or "not". However in Japanese, it is systematically possible to continue to negate infinitely. But common sense dictates that you should only negate two or three times, any more than that, the listener will probably get a headache.

And when these are put into the formal form, “naku nai” has two formal forms: “naku nai desu” and “naku arimasen”, as I have already told you.

It is precisely this phrasing that Westerners find confusing.

Logically this is exactly right, however for Japanese people, they want to put something more than logic into their speech, and they want the other person to do the same.

…In answer to this, they prefer “hai, kiraijanai desuyo!” rather than “hai, suki desu!”

Perhaps there is a sense of depth(?) in the hearts of the Japanese people, who do not say things outright.

However, when it comes to the world of politics and economics, where logical debates take place, the story is different. In many cases, a choice between "yes" and "no" is required. The Japanese indirect way of expressing things will never be able to come to a conclusion.

This has long been considered a problem for Japan. In particular, Japanese politicians have repeatedly given answers in the Diet and elsewhere that do not clarify whether they are saying "yes" or "no".

When they should say, "I think...", they seem to have developed a troubling habit of saying like "Well, it seems to me that it's not inconceivable that……”

And even if it isn’t, , we have to wait the verb (conclusion?) until the end of the sentence. Moreover, a "yes" or "no" is positioned further behind, and in addition if even double negatives are used, it can be like communicating with unknown aliens for Westerners.

The Westerners, who have been involved in various negotiations with many other peoples in the long history of mankind. And the Japanese, who are surrounded by the sea in a closed environment, have continued to carry on internal conversations with other people of the same ethnic group. It is not surprising that an unimaginable culture gap has developed between the two sides.

Learning Japanese is an encounter with a distant and unknown culture.

Well, look forward to the next installment!