〈９〉2-3 The secret of verb inflections !

One of the biggest headaches for foreign language learners is the conjugated or inflected form of verbs. Especially in my European region, the verb changes in Latin languages such as Spanish, Italian, and French are quite amazing. There are 15 past tenses in Spanish, all of which vary according to the person, so it's almost impossible to remember them all.

On the other hand, our neighbor Chinese don't have a past tense or a future tense. It's all in the present tense. How do they distinguish between the times? Ha-ha, I also wondered and asked them, and they said without a second thought, 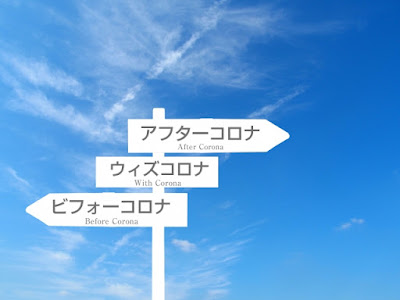 So what about Japanese?

So far, we needed two tenses, the present and the past.

But to this, we must add one more: the negative form. In Western languages, you can use "no" or "not" to negate verbs, etc., but we don't have them in Japanese. Instead, in Japanese, they change the verbs. We change "iku (go)" to "ikanai (not go)" and "taberu (eat)" to "tabenai (not eat)".

Now we have four forms, the present, the past, the affirmative and the negative.

Now we have everything we need !

In Japanese, there are a total of 8 minimum required combinations in verb conjugations (or inflections) by distinguishing 3 types of forms: present or past form, positive or negative form, and informal or formal form.

Now make it easier to understand, by preparing the table of conjugations of a verb,

For those of you who have just started learning Japanese, this is enough to know how to inflect verbs. It's a little more complicated than Chinese, but compared to Spanish, which has 15 different past tenses, and the end of the word changes according to each person, it's nothing !

There is absolutely no variation based on the person (such as first-person singular or second-person plural) in Japanese. It doesn't matter what the subject is, it should be the same.

I heard that Japanese language schools outside of Japan only teach the formal form but not the informal form, and many students complain that they can't read manga, animation, etc.  But the problem doesn't stop there, you can't really speak or write with the formal form alone. Try to master all the above verb changes collectively, including informal, from the entry level. 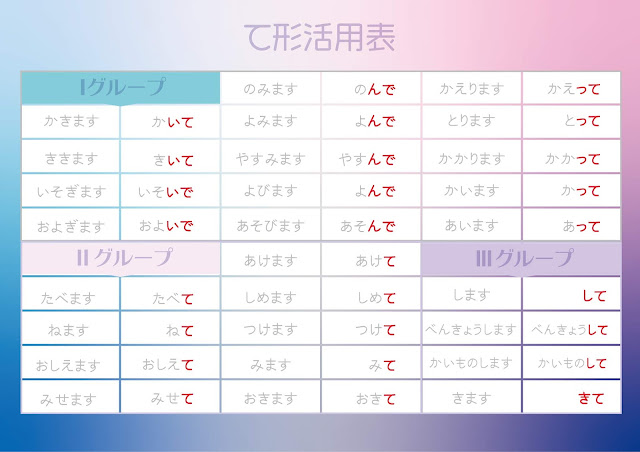 (It is taught only formal form in the textbook)

It's very easy to use. Most Japanese verb infinitives end with (u). Just change that (u) to (imasu) or (imashita) or (imasen) or (imasendeshita) or (anai) or (anakatta).

But these are just the cases of regular-form verbs.

In addition to this, there are other irregular verbs in Japanese that can be said to be exceptions. I'll explain more about that in the next article, "Strange verbs". Have a good one day !

◎  If you want to read this blog in Japanese, click here  ↓