How are you? Last time we talked about the two types of adjectives in Japanese: Traditional "original adjectives" which end in "-i", and diverse "copied adjectives", which were created later to broaden the range of expressions.

This time, we will look at "copied adjectives" in a little more detail.

But how did "copied adjectives" come about?

As I mentioned above, these new types of adjectives were created by transforming previously nouns, or foreign words that were assumed to be nouns, into adjectives in the Japanese sense.

"Iro to Iroiro (color and variation)"

However, a noun "iroiro" is now beginning to function as an adjective. As proof, the reverse order of the words "iroiro no iro" sounds a bit odd. Yes. The term "iroiro na iro" （色々な色）is now in common use, and is increasingly being used as an adjective ("copied adjective") equivalent to the English term "various colors.

What about these two words? These two words don't sound quite right, do they? In other words, "seijaku" and "kikiippatsu" has not been used as adjectives yet, therefore drama or movie titles, such as "Seijaku no umi (Sea of Tranquility)" and "Kikiippatsu no onna (Woman in Crisis)" are forced to combine nouns (laughs). 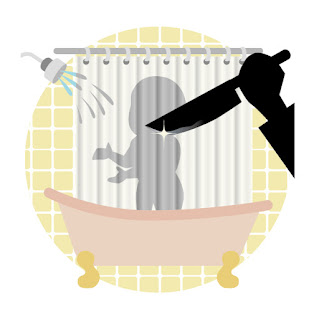 Let's also think about titles like this. What kind of movie is "baka no eiga (fool's movie)"? Haha, a movie about me, for example. So it would be a movie about an idiot, right? And what about "baka na eiga"? Yes, it's nuanced like the movie itself is ridiculous, regardless of what it's about.

So the word "baka" is both a noun and an adjective ("copied adjective"), and the meanings of each are different like that.

In this way, we Japanese have been able to enjoy subtle differences in nuance by using not only Japanese words but also many foreign words such as "wonderful" and "rich" as adjectives.

What a sensitive people the Japanese are!

How to distinguish between "original adjectives" and "copied adjectives"

Here, let's review a few things. Among the various adjectives that appear in the sentence, which is an "original adjective" and which is a "copied adjective"? For a foreigner, it could be bit of a headache.

But it's quite easy: If the adjective ends in "-i", it's a "original adjective", and if not, then it is a "copied adjective". And you have to add "na" to the "copy adjective".

But there are a few exceptions such as "kiirai (disliked)", "kirei (beautiful)", "karei (gorgeous). These words just happen to end in "-i", and these three are enough for foreigners learning Japanese for the time being. Even though they end in "-i", they are not "original adjectives" but "copied adjectives". So you must add "na" to them. “kirai na tabemono”(hated food), “kirei na hankachi” (beautiful handkerchief) ,”karei na kyu-den”(brilliant palace”…,

How is it, nothing too difficult?