Last time, we took a closer look at the origin of "copy adjectives". Well, I'd really like to know when and by whom "A no B" was changed to "A na B". Or perhaps the change is still occurring somewhere in the world today.

By the way, I'd like to think about a small...no... actually a very juuyou na (important) question (you remember that "juuyou" is a "copy adjective", don't you?).

Oh wait, an adjectival verb?  What a heck?

Isn't" keiyoudoushi" = "adverb"? If you ask most knowledgeable Spaniards, they will tell you that there is no such thing as an adjectival verb in Spanish. And in English to Japanese, "adverb" is translated as "fukushi". But "fukushi" is not "adjective", it's a different part of speech.

As I recall, I was once taught that "keiyoushi (adjectives)" modify the nouns that follow them, such as "oishii yakiniku (delicious BBQ)" or "kanashii monogatari (sad story)" or "shizuka na mizuumi (quiet lake)" (which is a "copy adjective"). On the other hand, "keiyoudoushi" modify verbs that follow them, such as "hayaku aruku (walk quickly)", "kanashiku naru (be sad)", or "kirei ni kagayaku (shine beautifully)" (also "copy adjectives"). In Japanese, we change the form of adjectives to modify verbs.

By the way, in Spanish, things are more straightforward as "adjective" is "adjetivo", and "adverb"(adjectival verbs?) is "adverbio". So, I teach "keiyoushi" as "adjetivo" and "keiyoudoushi" (the words modifying verbs) as "adverbio", and never had any problem. And again, I heard that there is no such thing as an adjectival verb in Spanish.

In my opinion (well, all the theories come with personal views), When mankind got nouns (names of things), they wanted words to describe it, so they came up with "adjectives" like "takai yama (high mountain)", "hiroi umi (wide sea)", "kitanai kawa (dirty river)", etc. And then when we got verbs (names of actions), "adjectival verbs" were invented to modified them in the same manner.

In other words, "adjectives" are essentially "adjective nouns". But the term "adjectives" was sufficient when we only intended to modify nouns. And later, when mankind began to modify verbs, they probably needed a name that clarified the object of modification, thus termed as "adjectival verbs".

So "adjective (adjective noun)" and "adjectival verb" should be a pair of parts of speech.

It's true that English and Spanish don't have "copy adjectives". So I can understand the confusion over its interpretation, but "adjective" and "adjectival verb" are parts of speech in pairs, and it seems more natural to think that varying adjectives (or noun adjectives?) makes adjective verbs (or verb adjectives?). It's very similar to the way you change the ending of words to "---y" in English, or "---mente" in Spanish, and modify the following verbs.

The transformation of Japanese "adjectives" into "adjectival verbs" is very easy!

In "Original Adjectives", all you have to do is change the last "i" to "ku" as I mentioned earlier. For example, "yasui ringo (cheap apples)" can be changed to "yasuku uru (sell cheaply)" or "kibishii sensei (strict teacher)" can be changed to "kibishiku oshieru (teach strictly)". 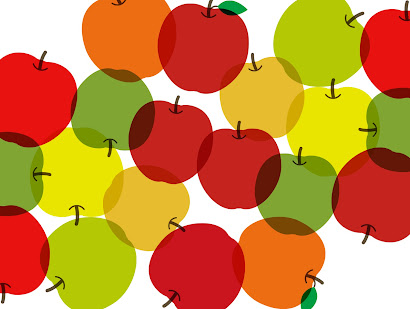 In "Copy Adjectives", all you have to do is change "na" to "ni". It's just to change "nigiyaka na machi (busy city)" to "nigiyaka ni kurasu (living busily)" and "kirai na tabemono (disliked food)" to "kirai ni natteshimau (come to dislike)" and everything is good. It's so easy, isn't it?

I have heard that some Japanese linguists disagree with the naming of "keiyoudoushi (adjectival verb)", and it may be impossible to unify the unique Japanese language with the fundamentally different Western grammar. Moreover, adjectives and adverbs are not always clear in Western languages, and even Westerners are not always able to distinguish between them. Language might be more complicated than we think.

So, to make it easier to understand, I will continue to classify adjectives into two types: "original adjectives" and "copy adjectives". And consider that they change in their own way to become "adjectival verbs".

Thanks for reading this intricate story!!

Now, that's the end of our whirlwind tour of the different parts of speech.  And from next time, let's start learning about the different expressions in Japanese one by one in chap 3.  Each one is very interesting, so stay tuned!

<17> chap 3 "The Japanese expressions & their secrets !"
part 1. shinakutewa naranai (must, have to)