In the previous article we talked about “mono” (thing / object)  and “koto” (thing / matter). This time we will look at the transfer of these things from one person to another.

When we give or offer something to someone, we use the word “ageru” (give, offer).

(Today I gave my father a birthday present.) 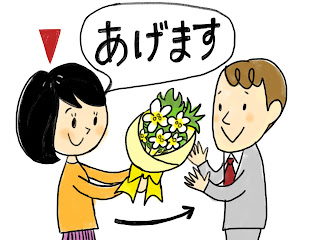 If we reverse the situation and make the father the subject, we use the word “morau”(receive).

(Today my father received a birthday present from me.) 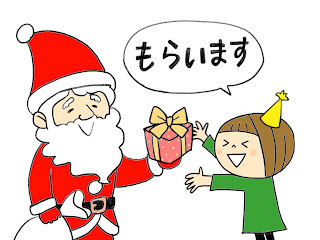 In other words, I gave him the present, and he received it. The word “ageru” means to give, to offer, or to present, and the word “morau” is the passive form of the word, ”receive”, and so on.  These words are used not only for “mono” (thing / object), but also for “koto” (thing / matter / actions).

When we offer or receive such actions, we use the paired words 'lend' and 'give', and 'teach' and 'receive' respectively. So we need to link these two verbs together. You already know. Yes, you've already figured out that you need to connect these two verbs using the glue "te (de)"!

Other examples are: “kanji o kaite ageru”(I will write Chinese characters for you), “okane o haratte ageru”(I’ll pay for you), “unten shite morau”(driving for me), “tezukuri no obentou o yorokonde morau”(I will make you happy with a home-made lunch), and so on.

………. so far, it should be easy for foreign people to understand.

But what does “kureru" (give me) mean?

Yes, this is where things start to get a bit complicated. In Japanese, there is a sibling to the word “ageru”. It's called "kureru”, and it's basically the same as "give" and "offer". However, when someone "gives" something to me, we replace the word “ageru(give)” with another word “kureru”(give me) with gratitude.

In English, they simply say "give me", but in Japanese, we use another verb "kureru", with a heartfelt thank you. In other words, we need to change the verb “ageru”(give) to “kureru”(give me).

To tell the truth, the word “ kudasai! ” of the sentence “mizu o ippai kudasai!”(please give me a glass of water!) is a kind of imperative form of the verb “kureru”. In other words, it is the English equivalent of " Give me! ”. 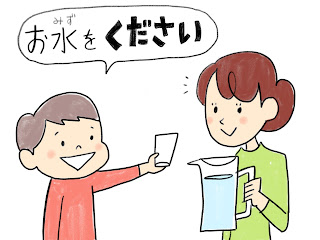 When I was a child, you can see how old I am (lol), the American Occupation Army arrived in jeeps to our town, then we went after them with all my friends, and shout “Give me chocolate !!” in English. How delicious were the chocolates they gave us!

And as you know “ageru”(give), “morau”(receive) and “kureru”(give me) are used not only for “mono” (thing / object), but also for “koto” (thing / matter) . For example, the Japanese sentence “me-ru o okutte kudasai.” means “Please give me send an e-mail.” or “Please send me an e-mail.”in English. To be precise, “…kudasai” is never "Please …“, even if it is often translated like this in the subtitles of movies.

This is because, although Japanese verbs have imperative forms (for example,
in the case of ”iku”(go), “ike!” (Go!) or “ikinasai!”(Go!). But both are too harsh, as if they were leftover from the feudal era. Therefore, most verbs are now joined with the imperative form of “kureru”(give me), “…kudasai!”(give me!), which has a somewhat softer ring to it.

By the way I suppose that the Japanese equivalent of "Please --!" in English is
“douzo --!" or “douka --!" in Japanese. However, because of word limits on film subtitles and dialogue, they often use the almost identical word “...kudasai!”(please...!).


There is one more thing I need to tell you.
“kureru” does not only mean "give me" !

The story gets even more complicated. The problem with the word “kureru" is that it's not just "give me”, It can also be used as “give you”, "give him(her)” or "give them”.

In English it would be "Who gave you this watch? However in Japanese, we often use the word "kureru" to make it sound as if someone has given it to us, or in other words, as if we have received it (“moratta”) .

According to the report, In English there are words like "put yourself in someone's place" or "in someone's shoes". In this way, Japanese people think as if they were a friend. 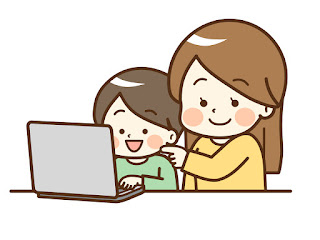 This also happens with the third person. For example, “kare wa chichioya ga katte kureta makka na porushe o totemo daiji ni shite iru” (He loves the bright red Porsche his father bought him.), or “seitotachi wa sensei ga oshiete kureta nihon no uta o supeingo ni yakushite jouzuni utatte imasu.”(The students have been singing well, translating the Japanese songs that their teacher has taught them into Spanish!) They try to express in their writing the gratitude of others as well as themselves. The Japanese sensibilities are so profound, isn't it?


It's getting a bit long, so we'll talk about it next time!