This is the 25th issue of our newsletter. I am sure that your understanding of Japanese language and culture is deepening. I hope that you will continue to enjoy learning Japanese in this way.  Go for it! Keep up the good work! 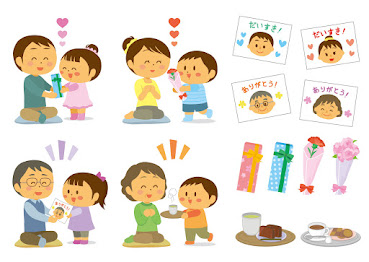 Did you understand the difference between '“ageru”, “morau” and  “kureru” in the previous lesson?

But why do we have to use such troublesome expressions?

Yes, that's a fair question. For us, as Japanese, it's just a custom and we don't find it strange, but for people from other countries who don't have the expression  “kureru” , it must seem very strange.

It is very difficult to explain the difference clearly. 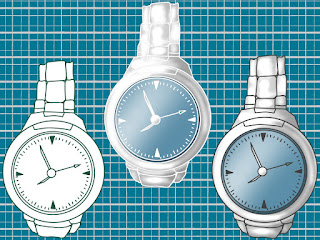 In fact, the two sentences, 1. "I was given a watch by Mr. A" and 2. "Mr. A gave me a watch" have virtually the same meaning. However, there is a slight difference in the nuances of speech.

Think of it as two pictures here!

In other words, there is a subtle difference between the images in the minds of the speaker and the listener. If you think of Japanese people as enjoying these subtle differences, you're probably right.

And don't forget that both 1 and 2 imply a sense of gratitude for what is received or offered.  This is a very important factor in Japanese culture, as I have already mentioned. 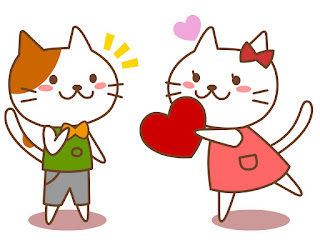 In fact, sometimes we use these three words together.

For example, my friend A likes B and he(A-kun) buys her(B-ko) a small present, but he is too naive to give it to her. When I found out about it, I go to her and ask her like this,

Ha ha, a bit too complicated? Yes, it's a sentence that combines all three verbs with the glue "te".  As I said before, the order of Japanese and Western languages are often reversed, so let's start from the end of the sentence and translate it  into English one by one.

But what exactly do I want?

Do you understand? It is very difficult to express this in English, but an experimental and straightforward translation would be the following, somewhat bizarre sentence.

Can you give me a present

that you give a present for Mr.A

to receive his present ?

Japanese people are very sensitive about giving and receiving goods and services from others. Even when they are traveling, they find souvenirs that their friends and acquaintances might like, and they get so tired just to get them all. (Laughter) 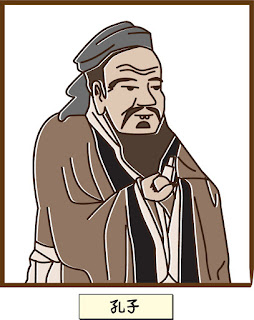 The Japanese people are steeped in Buddhist thought, but Confucianism, in particular, is still very much at the heart of our way of thinking. Confucianism, which was spread by Confucius in neighbouring China, nurtured a culture in which human relations with others were of the utmost importance: respect for superiors, respect for things, discretion, patience and gratitude. The Japanese language has a lot to do with this.

To learn Japanese is to know the heart of the Japanese, wasn't it?