As for the words “—-kudasai!”, You already know what it means, don’t you?

This time we're going to have some fun with two other interesting words. Now I would like to take you on a journey into another dimension of mysterious words. 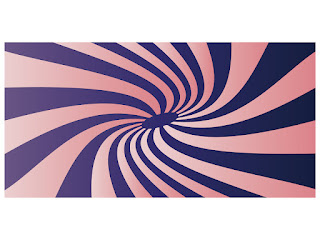 The direction of the eyes and nose on the face of a person or animal, or the front side of a building, is usually referred to as 前 “mae”(front). The other side, the back or buttocks, or the back of a building is called 後 “ushiro”(back,behind).

“watashi no 前(mae) niwa Fujisan, 後(ushiro) niwa Yamanaka-ko, subarashii nagame desu!”. (Mountain Fuji in front of me, and Lake Yamanaka behind me. It's a wonderful view!)

However, the words have another meaning. In this case, the word “前” is still pronounced as it is, but “後” is pronounced "ato”. In other words, 前 ”mae”(before) and 後”ato”(later).

While the first one, 前と後“mae to ushiro（front and behind)”, is a spatial expression, the second one, 前と後“mae to ato（before and later)”, is a temporal one. It could be used, for example, “watashi wa 20 nen mae ni amerika ni ijuushite, sono 5 nen ato ni nihon ni kikoku shimashita. ”(I emigrated to the USA 20 years ago and returned to Japan 5 years later).

You know, the same kanji words have opposite meanings.

The direction of space is 《前←後》“mae←ushiro(front←behind)”, but the direction of time is 《後←前》“ato←mae (after←before)”.  Isn't the future in front of your face 前(mae), and the past behind your back 後(ushiro)?

Haha, it took me many years to solve this mystery, because I'm not very bright.One day, after thinking about it for a long time, I suddenly saw a strange image in my dream. 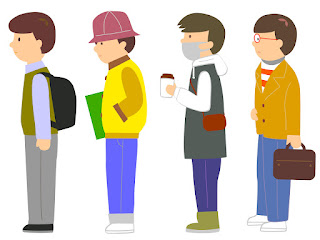 There was a long queue at the station ticket office and I was in it. As I waited in frustration, I noticed that the person in front of me had a question mark on his back. I looked at it and thought., "What?"  At that moment, all the mystery was solved.

Well, the people in line in front of (“前”mae) me, are the ones who came before(“前”mae) me!

The first 前”mae" is a spatial 前”mae(front)”, and the second 前"mae” is a temporal 前”mae(before)". The 前(in front of me), and the 前(before my arrival). There is a deep and inseparable relationship between them!

Likewise, the person who is spatially behind me (後＝ushiro) is also the person who came after me (後＝ato) in time. For some reason, only the pronunciation of the temporal 後”after" changes from “ushiro” to "ato”.  (In addition to the 前”mae", the 先”saki”(front & before) also seems to have the same double-sidedness, but its pronunciation does not change.)

Oh, I see! But is this strange phenomenon only in Japanese?

Incidentally, the English word for 前”mae" in space is "fore", and the word 前”mae" in time is "before".  Mmm. They both use the word "fore", so there's a connection!  And Spanish, spatial 前"before" is "delante", and temporal 前"before" is "antes".

Perhaps there is some agreement in the "after”, 後(behind & later). No, not only in English and Spanish, but in other languages as well, I think. Is there any research into the relationship between time and space in the physical sciences?

How interesting language is!

It would be very happy if someone could find out more and let me know!

I’ll be waiting for you!